Gritty Gloucester — You Must See It!

OK, it’s stretching things a bit to say that Rockport, Massachusetts, about which I’ve blogged earlier, and Gloucester, its neighbor to the west, are opposites, but these two jewels of Cape Anne are quite different from each other. Rockport is much smaller – you can walk it very easily – and so its charm and character are more evident. Gloucester is larger, more bustling, and definitely – in spots – grittier. Its famous harbor is a working harbor, and the relatively recently completed Harbor Walk (explanatory map brochures are available) takes you on the most delightful tour of everything from the piers to the beaches as well as to the erstwhile home of 19th-century Luminist painter Fitz Henry Lane. Lane’s home, perched on a promontory overlooking the harbor, features a lifelike sculpture of him with a sketchbook in his hands, sketching the nearby Ten Pound Lighthouse. 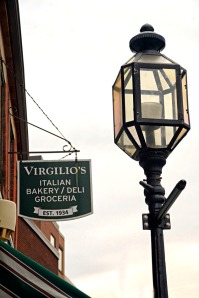 Gloucester (pronounced “Glosta” if you’re in the know) boasts an eventful 400-year history across whose stage have marched everyone from intrepid fishermen to artists of all kinds (the Cape Ann Museum on Pleasant Street houses the largest collection of Lane’s works in the world, but Winslow Homer and William Morris Hunt have also painted here). If you’ve ever eaten Gorton’s Seafood products, guess what? It’s here in Gloucester.  Walk up the hill from the harbor to Main Street and you’ll find signs of an Italian district, including a superb Italian bakery/deli that, somewhat puzzlingly and ironically, sells the most delicious nisu bread, a cardamom-flavored Finnish delicacy that in taste and consistency almost approaches a pastry rather than bread. This extraordinary building, which appears to be standing right in the middle of the harbor, is the historic Tarr and Wonson Paint 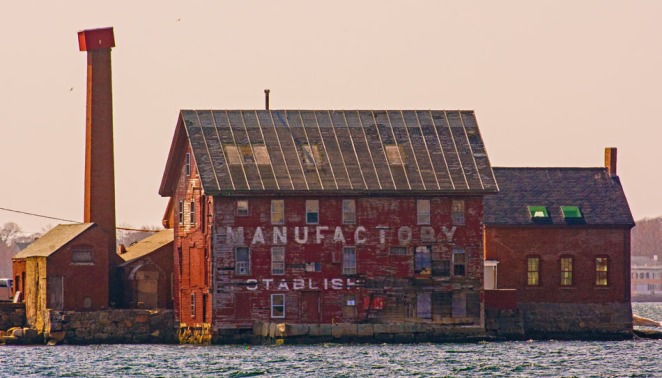 Manufactory. Dating from 1874, this factory was known for developing a special kind of paint to prevent the formation of barnacles on the bottoms of boats. As of summer 2013 the building serves as headquarters of the Ocean Alliance, a nonprofit organization that researches ocean pollution. “You can almost smell the water!” Here is a sample of 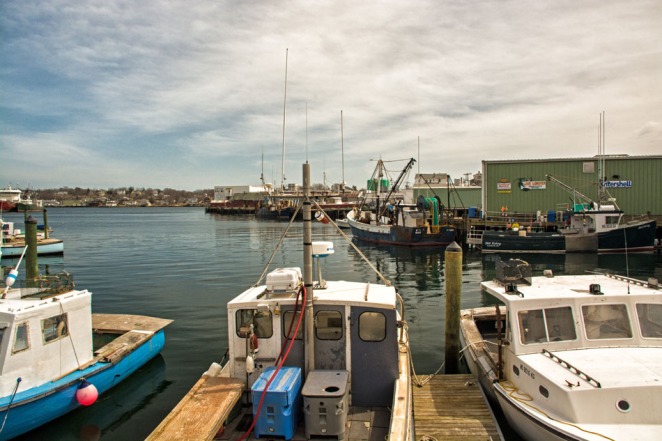 Gloucester’s fishing fleet. At the end of June Gloucester celebrates the feast of St. Peter — who was, after all, a fisherman — with various festivities, including a contest for climbing a greased pole. The platform for this is in the harbor off Pavilion Beach. Someone told me that in order to compete, you have to be Italian and a fisherman. 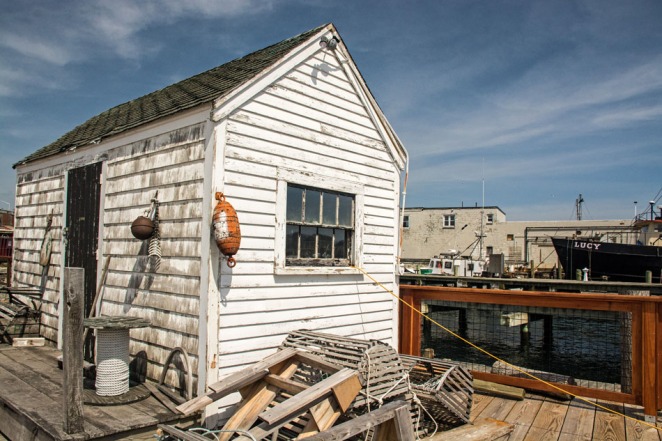 Another sign of Gloucester’s connection with fishing.  I walked out onto a pier from which to photograph Ten Pound Lighthouse, one of three lighthouses in Gloucester Harbor. (Gloucester’s other and perhaps most famous lighthouse is Annisquam Light, located on Gloucester’s north shore on Ipswich Bay.) I didn’t get a particularly good shot of the lighthouse, but I did notice this nice fisherman’s shack. Here is another of Gloucester Harbor’s most prominent and most intriguing buildings, Cape Pond Ice. They bill themselves, not surprisingly, as “The Coolest Guys 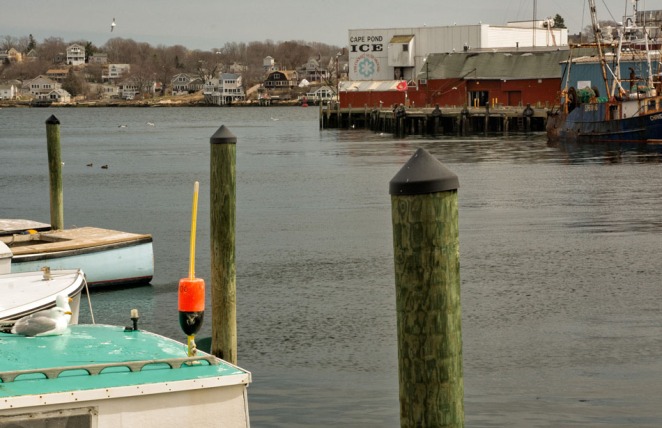 Around.” They really do sell ice and ice-related products, and they have a “‘cool’ gift shop” and offer historic tours. Well, I hardly need say more to convince you that Gloucester is well worth a visit–oh, but just one more thing. When you’re tired from all that walking and looking and want a place to eat, you can’t do better than the Topside Grill & Pub. Great food, wonderful friendly service. It’s on Rogers Street. Some of these photos are for sale. Just click on the photo to reach the page on my website. UPCOMING EVENTS: For those of you in or traveling to the Catskills region: Saturday July 26 at 2 pm: I’m giving a talk about my book Historic Hudson Valley: A Photographic Tour at the Golden Notebook bookshop in historic Woodstock. Meanwhile, the Golden Notebook is housing an exhibit of my photography which is up now through at least the end of the month. All prints are for sale. Sunday August 3 from 2 to 4 pm: Opening reception for my photo exhibit  at the Mountain Top Historical Society Headquarters in Haines Falls. The show will run until after Labor Day. I look forward to seeing you!

4 thoughts on “Gritty Gloucester — You Must See It!”