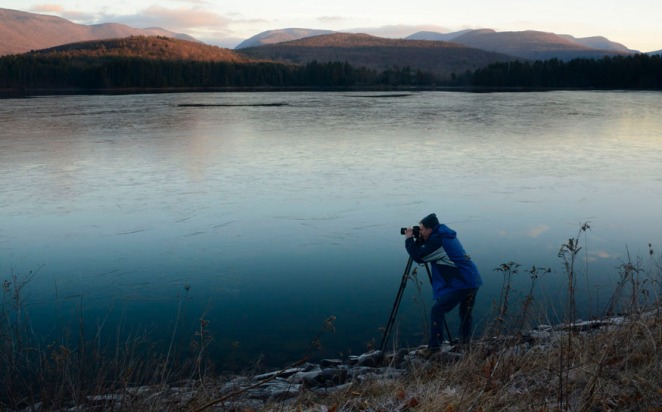 On the morning after Christmas my son, Anton, and I went out to shoot at Cooper Lake. One advantage to having a great place like this nearby is that you become familiar with the optimum times to be there and the optimum angles from which to shoot, depending on when you know the good light will be hitting a specific place. Since the path bordering Cooper Lake curves around, you can start at one spot for first light and then make your way to the next spot when the sun is slightly higher. (A lake surrounded by mountains has its own challenges when it comes to allowing for differences from the official sunrise and sunset times.) And while you’re waiting for the light to be in the right position, there’s always the beaver pond, or close-ups on the opposite side of the path.

On this particular morning one of my “while you’re waiting” shots was a capture of Anton in action. Instead of shooting from the edge of the path, he had got right down to the edge of the shore. I decided to go for an environmental shot, i.e., one that shows him in the broader landscape instead of a tight shot. (This is beautiful Cooper Lake, after all.)

The problem with the resulting image was that the lower half was too dark while the upper half verged on the too light side — perfect conditions for a graduated neutral density filter. But I don’t have one in my collection, or at least it wasn’t with me that day.  I remembered that Nik Color Efex Pro 4 has a grad NDF preset, so I pulled the image into Photoshop and then into Color Efex Pro. Easy! You can manipulate sliders to change the lightness/darkness of the two halves of the photo and to regulate the degree of blend. If your exposure problem affects the right and left halves of the image rather than the upper and lower halves, there’s a rotating slider as well.

Lightroom has an adjustment brush tool for this situation, but personally I found the Nik preset much easier (and faster) to use. Just a personal preference.

The processed image is at the top of this post.

Here in the Northeast we had a big snowstorm the day before Thanksgiving. On the day itself the snow was still coming down a bit and we went for a walk to Cooper Lake. It was very cold, the turkey was in process of roasting, so I grabbed my Olympus SH-1 point and shoot rather than my DSLR with tripod.

The images I’m showing you here are the best of the results from that walk. Conditions were a winter photographer’s dream come true. The processing was minimal — very minimal. No B&W conversion was involved; this is completely natural. I tried experimenting with converting one image to B&W and didn’t like the result; it wasn’t the right tone, somehow too warm. The cooler tones right out of the camera were spot-on for the feeling of that day. Hope you enjoy these; comments welcome! 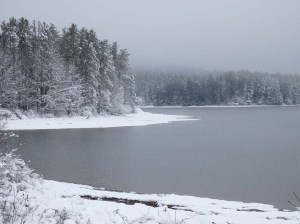 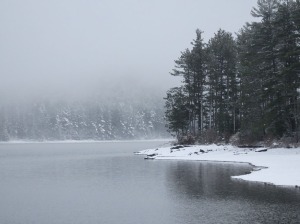 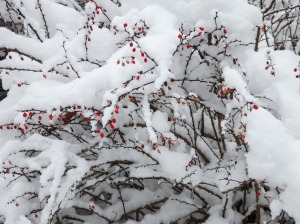 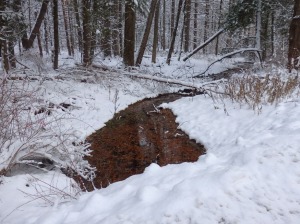 Last but not least — Merry Christmas and Happy New Year! Thank you for being readers of my blog.